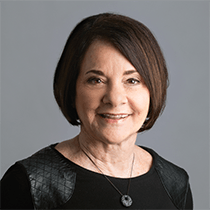 Tema graduated from McGill University with a Bachelor of Physical Therapy. She received her Diploma in Osteopathic Manual Practice in 2001 at the Canadian College of Osteopathy. She is a member of the College of Physiotherapy, the Canadian Physiotherapy Association, and the Ontario Association of Osteopathic Manual Practitioners. She is a certified NDT (Neurodevelopmental Therapy) trained therapist and has completed additional courses in advanced and baby NDT. Over the years, she has taken post grad courses in developmental biomechanics, lower extremity and foot problems as well as manual therapy including many Upledger courses. As an osteopathic manual practitioner, she has taken and continues to pursue post graduate courses in many different topics in order to remain state of the art in her care of the infants, toddlers and children she sees.

Tema has taught extensively across Canada both as a physiotherapist and osteopathic manual practitioner. She has given courses, workshops and presentations for students, parents, therapists, doctors, and the general public. She has appeared on TV and radio as an expert in paediatric issues. She has been in two editions of Today’s Parent magazine. She is currently an assistant professor for paediatrics at the Canadian College of Osteopathy and the College D’Etudes en Osteopathie. She supervises students at the children’s’ clinic at the College and is a mentor to them as well.

Tema has served on a number of professional, government and public advocacy organisations. She was awarded the Canadian Physiotherapy Association ‘s Margaret Finley Vlatcher Award for excellence for her contribution to clinical management of children with special needs. She served as paediatric advisor and parent advocate for the Board of the Three to Be – a foundation that offered support for research, education and therapies for children with neuromotor disorders. She received the Three to Be “Hero Among Us” award in 2013.

In 2016, she was awarded The Companion of Osteopathy Award from the CEO. She was also awarded the Dr. Viola Frymann DO Prize of Excellence in Paediatric Osteopathy.

In 2018, she received the Andrew Taylor Still Award for excellence in the teaching, promotion, advancement and recognition of osteopathy.

Tema continues to blend her background in paediatric physical therapy with her osteopathic knowledge and skills to provide holistic care for her young clients.